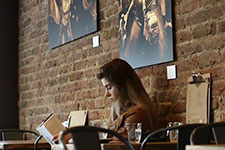 After my recent exhibit at TAMP Coffee  a lot of people asked me about how the ‘Liquid Gold’ series of metallic prints were made. The key aspect is that instead of printing with inks, each image is made using ultraviolet light on a special printer.  The resulting images go on to have a high level of detail whilst also retaining a slight degree of reflectivity. Whilst not being exactly mirror-like, there is still enough reflection in each image to make them burst with light at certain viewing angles which makes for a unique viewing experience. In addition to this it also creates a highly durable print which can even be shown both indoors and outdoors. To explain how this process works  I thought I would create a short “making of…” video to show the prints being made and the level of care that goes into creating each one of these limited edition prints.

Each year ANI (Association Nationale d’Iconographes) run open portfolio reviews at VISA Pour L’Image, which is now an integral part of the professional week and one that which many of the attending photographers take advantage of. Based on the work they see, the ANI photo editors will then award ‘Coup de Coeurs’ nominations for the best work and small selections of each nominated story are printed by Canon and exhibited at La Palais de Congrès in Perpignan. Each of the nominated stories then are further analysed in their entirety and whittled to down to a selection of three stories with the final ANI – Pix Palace Award winner being announced at the following year’s VISA Pour L’Image festival. The quality of the feedback on these reviews makes the trip to Perpignan worthwhile on its own and really helps by informing you on what to consider and concentrate on next in moving forward with your work.

This nomination was especially memorable for the fact that a selection of these images are currently on display in London (Sept-Dec) using a special direct-to-media printing process with ultra violet light. By using this technique the images have been printed directly onto sheet metal and use the base colour of the metal (in this case, gold) through the image itself. A huge thanks must go out to Frederic and Christelle at Canon France for the great work they did at this year’s VISA Pour L’Image in printing the images from this series and approximating the colour we’ve achieved on metal using photo paper. It’s not an easy task to do but it is one they pulled off beautifully.

All in all it was great week this year with many fantastic images in display throughout the town’s galleries and shops. If you have never been to VISA Pour L’Image then I would say that you should definitely add it to your list for 2015. Hopefully see you there.

I’m delighted to announce that images from my Liquid Gold photo story on the Notting Hill carnival will on exhibition at Tamp Coffee in London from 1st September. When I originally photographed the Bachanal Mas’s dancers joyfully covering each other in gold paint an idea was born but I didn’t how to do it. Now since talking over the project with Genesis Imaging we have set about printing key photos from the story straight on to metal to create a limited edition set of unique prints. As well on being on display these special edition prints are also available to order online through the web site here.

All of the prints are currently available for purchase in two different sizes (large – 42″x 30″ or small – 24″ x 15″) with 10% of all profits going towards the Princess Alice Hospice charity for their excellent work and care for people living with terminal illnesses in SW London, Surrey and Middlesex. Each print purchased will carry my signature, be individually hand numbered on the reverse and include a separate certificate of authenticity. Once all the prints have sold out there will be no more prints made so please act quickly if you would like to secure an early edition number.

If you would like more details about this limited edition or to see the other photos in this collection please visit the Liquid Gold prints page or contact me directly. 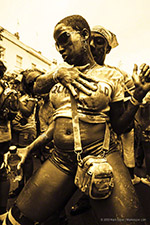 Welcome to the new web site. After a long time in the coming I’ve decided to act upon all the bits of advice that has been offered over the last four years (i.e. be on twitter, be on facebook and so on.) So now that it’s here, what’s different?

For those of you that can remember my last web site, it was mainly just photographs; a big long strip of them with very little text to speak of. What I wanted to do with this one was make it more engaging – because that seems to be at the heart of todays’s social media revolution – the ability to share engaging content. Sharing is great but it asks for something more than just “here’s a nice photograph, have a look”. It asks for something deeper. The story behind the photograph, the point it’s trying to make and a glimpse into the photographer’s thinking. So that’s meant lots of writing – which for me was something of a joyful re-union. Despite having spent a lot of my time avoiding it, particularly at school where it felt like an obligation, writing is now something else; the ability to use words and adjectives to compliment the tone, colour and composition of my photographs. I can’t guarantee the writing will always be good – that’s for you to decide – but it will be there.

Whenever I set out editing photographs – of which I knew there was going to be a lot to do in the making of this site – I also knew it was going be painful. There are always going to be lots of casualties as your darlings are piled up and killed off in the name of quicker download times, and more importantly, holding onto a viewer’s interest. However this editing process also forced me to confront my back catalogue. Photographs that have laid dormant on various hard drives waiting for a day when they could come out into the sun. The ‘Liquid Gold‘ photo story about the Bachanal Mas carnival band is a case in point. Shot on the day before I made my first pilgrimage to VISA Pour L’Image, it’s been nagging me ever since. I had suffocated it like some many other photo stories for fear that it might not be as good as it had initially felt. Years pass, more shots get taken and for the most part what you’d previously thought was great generally suffers with the passing of time. However I always thought those dancers smeared in gold might look great printed in black and gold (as opposed to black and white). As it turns out they do so it’s case of new work found in old clothes. As a result I’ve been back-to-the future a fair bit in making this web site and brought out some other previously forgotten photo stories into the sunlight.

After looking at a lot of other photographer’s sites I decided I wanted to do something different: I wanted to create a discussion. It really feels like the internet has brought the world closer in a very short space of time. Now photographers can now show their work online, 24/7, 365 days a year to what was a previously unattainable, global audience. That’s great but what about using the internet to work together instead of working in isolation? Photography could be justly described as a spectator sport and you can feel pretty isolated developing a story so I thought I’d take a chance. Normally photographer’s web galleries only show finished work but I’ve decided to publish a ‘Work In Progress‘ one as well.

Photo stories can sometimes be months (even years) in the making and during that time nobody knows what you’re doing -which can be a good thing if you are breaking a new story – but also a bad thing if at the expense of not gaining other people’s help. So I thought I’d put some stories out there that are still in mid development. Maybe a writer, journalist, editor or even print collector might be interested. Maybe not. -Who knows? But to my way of thinking, too many images sat on a hard drive can easily go sour whilst waiting for the bottle to be poured. So let’s see.

Before I wrap up this first post a huge thanks must go out to Kieron Jansch, Chris Vika, Daniel Hubbert, Christel Stol and Magdalena Bak-Maier for all their help and advice during the building of this web site. I’m not a born coder and regularly struggled putting this together but fortunately I had their talents to fall back on.

Thanks for reading and I hope you like what you see. If you want to get in touch by all means contact me here through the web site or a leave a comment on the blog posts.