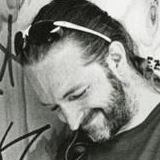 Often photographers’ sites have an almost an embarrassed scarcity of text. It’s almost as if words might interfere with the thoughts that each photograph is meant to provoke. I get that. I understand that sentiment but with this web site I’d like to travel in a different direction – and intentionally so. Which means there’s going to be a lot of text.

On this site I want to talk about how some of my photographs were taken and the discoveries I’ve made. Photography for me is the calm eye inside a chaotic storm. A quiet fragment where sometimes deeper, darker truths are revealed. Looking through my photographs, I regularly find that what I thought was important can eclipsed by background details. I love that – the discovery of the random. What you thought was great, wasn’t and that half-chance that you took only minutes before the end of the day is actually… you get the idea.

As a photographer, my work is usually based in either Berlin or London with occasional editorial features in different countries, whilst also regularly working as a contributor to New York based photo agency Polaris Images. To date, my photos have been published in National Geographic Traveller, Rolling Stone, Der Spiegel and The Guardian amongst others. Award-wise I have had the good fortune to be nominated for the 2010, 2011, 2012, 2013 and 2014 ANI Coup de Coeur award and been a finalist in the 2012 Portrait Salon, 2013 and 2014 Renaissance Photography Prize, 2014 New York Photo Festival , 2015 Lightbox Photographic, 2015 International Color Awards and special award winner at the 2013 Art Of Photography Prize.

If you would like to discuss a specific project or review a larger portfolio of my work please by all means get in touch with me at info@nullmarkesper.com or through my contact page.

Thanks for stopping by.